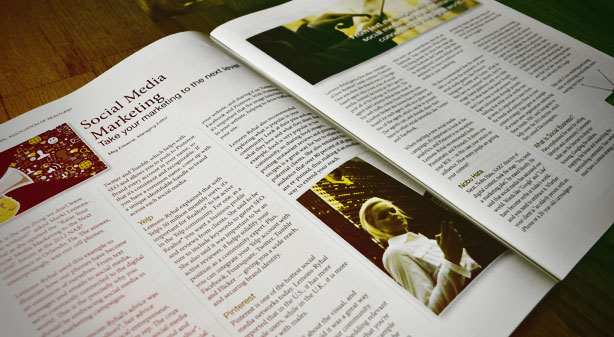 “What is the one thing we don’t leave home without?” asked Marki Lemons-Ryhal as she opened the “Raise Your Social Media Marketing to the Next Level” forum at the 2012 NAR® conference in Orlando, Fla. The answer, unsurprisingly, was our cell phones.

Lemons-Ryhal used this example to illustrate how our phones have become an extension of ourselves. From text messages and emails to social media, we’re constantly connected to the digital world. This is the precisely why you should be embracing social media in your marketing campaigns.

Though Lemons-Ryhal’s advice was focused on Realtors®, her advice can apply to any local entrepreneur, advertiser or even sales rep. The crux
of her argument was that social media helps build an identifiable brand and authority — whether you’re a Realtor®, sales rep, business or newspaper. Social media marketing allows you to be social, local and mobile, and be where the consumers are, when they want you.

Lemons-Ryhal said in order to fully take advantage of social media, you need to integrate all of the major social networks. These include Foursquare, Yelp, Photogrid/PicsArt, Instagram, Flickr, Twitter, Facebook and Pinterest. She added that Flickr has the most SEO, and recommended using Instagram and push to Flickr. Also, when you check-in at Foursquare, you can push it to Facebook, Twitter and Tumblr, which helps with SEO and allows you to push to Pinterest. Brand every account in your name, so that it’s consistent and recognizable. If you have a common name, come up with a unique identifiable handle to brand across each social media.

Lemons-Ryhal explained that with Yelp’s 50 million monthly users, it’s important for Realtors® to be active in the Yelp community. For one, as a Realtor® you want a business profile and reviews from clients. She said to be sure to include keywords to garner SEO. She also said it was important to be an active reviewer, it helps solidify your position as a community expert. Plus, you can integrate your Yelp account with Facebook, Foursquare, Twitter, Tumblr  and Flicker — giving you a wide reach, and securing brand identity.

Pinterest is one of the hottest social media networks today. Lemons-Ryhal reported that in the U.S., it has more female users, while in the U.K., it is more popular with males.

Pinterest is all about the visual, and Lemons-Ryhal said it was a great way to share info with your community. She recommended embedding relevant infographics, which show that you’re knowledgeable, offering an example of a 1099c infograph. To do so, she recommended posting the image on your website, and sharing it on Twitter, Facebook and Pinterest. With Pinterest, it’s important that the image links back to your website, helping to drive traffic to your site.

Lemons-Ryhal also recommended exploring what is popular in your community. Look at their pins and see what they love and what they share. For example, food is very popular in her community, so sharing food images, posting restaurant reviews and pinning recipes is a great way for her to relate to potential clients. She also reminded the audience that over 80 percent of all pins are re-pinned, thus making it an excellent way to extend your reach.
Lemons-Ryhal gave a few other examples of how Realtors® could embrace Pinterest. One anecdote she shared was a Chicago-based agent who is not a fan of social media. Instead, he hired an SEO guy to post all of his listings on Pinterest. The agent told Lemons-Ryhal that most of his web traffic comes from Pinterest now. Another broker she knows has a Pinterest board for each agent, with nice photo and bio of the agent, which can be re-pinned. The agents can, and should, share their bios to other social networks, like Twitter and Facebook.

When starting a new social media campaign, it’s important to look at the analytics, and Pinterest is no exception. Lemons-Ryhal recommended both Pinstamatic and Pinreach. It shows you your ROI — in this case, your return on influence. How many people are getting your content?

Next, Nobu Hata, NAR’s® director of digital content, took the stage. “You need a marketing plan,” he stated bluntly. He said that social media has saturated our world. Words like “Google” and “Like” have become verbs in today’s world, and you need to embrace it. Whether your client is “an elderly person with an iPhone or a 20-year-old curmudgeon who won’t use a smartphone, they all use Facebook,” Hata explained. What is the first thing people do when they wake up? Check Facebook and Twitter. With this, he strengthened Lemons-Ryhal’s earlier sentiment: It’s time to embrace social media in your marketing.

He also recommended that the audience take a cue from the popularity of new social media giants, like Pinterest, Instagram, Tumblr and Twitter. What do they have in common? Mostly, they’re image-based platforms with very little text. So what does that mean? People don’t have time to read anymore. They digest information through pictures. Adding that while social media may go away, it’s important to learn from the trends and embrace them in your content strategy. Hata gave an example of a major news organization embracing these trends. NBC used Instagram to help cover the 2012 election, which
they coined Electionsgrams.

What Is Social Business?

Hata emphasized the need for selling lifestyles and community. Consumers today use the Internet to shop for housing, Googling the address, mapping the house and researching the surrounding community. Your website must have a content strategy, and provide prospective clients with more than just a listing. Hata said your site needs to be social; you should share information that can’t be Googled.

When developing your content strategy, think about social media; make your posts quick, visual and short bursts of info. Integrate with social media and embrace video as well. Hata added that video is a great way to highlight the community and lifestyle, showing the audience the 218 Cottingham Street YouTube video. He pointed out how it showcases the neighborhood, the house and lifestyle. Hata added that video advertising can be embedded into all marketing streams and that YouTube searches are now neck-and-neck with Google.